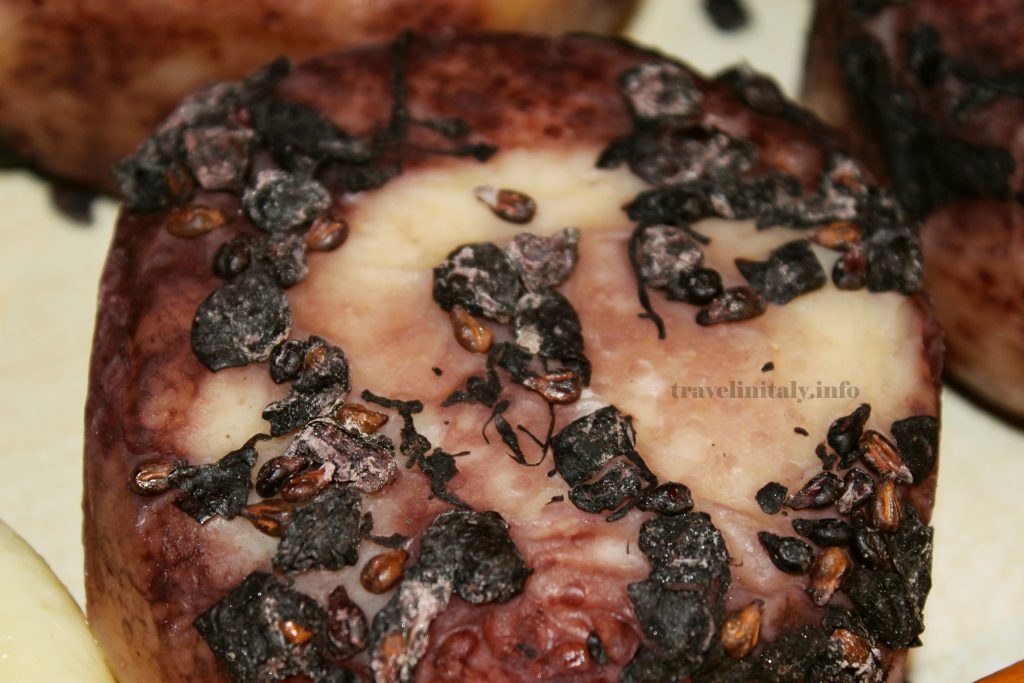 Have you ever tasted pecorino cheese?

Pecorino is a family of hard italian cheeses made from ewe’s milk. The word derives from pecora meaning in italian‘sheep’.

Of the six main varieties of Pecorino, all of which have Protected Designation of Origin (PDO) status under Europian Union law, Pecorino Romano is probably the best known outside Italy. Pecorino is produced mainly in the regions Tuscany, Lazio and Sardinia.
All come in a variety of styles depending on how long they have been aged. The more matured cheeses, referred to as „staggionato“(“seasoned” or “aged” ), are harder but still crumbly in texture and have decidedly buttery and nutty flavours. The other two types are semi-stagionato which means”half-seasones” and fresco or fresh that have a softer texture and milder cream and milk tastes.
A good Pecorino Stagionato is often the finish of a meal, served with pears and walnuts or drizzled with strong chestnut honey. Pecorino is also often used to finish pasta dishes, and used to be the natural choice for most Italian regions from Umbria down to Sicily. It’s a great idea to taste it with good red wine from the local area.

There are many variety of pecorino cheese. Look at some of them which we from Travel in Italy tasted:

Pienza’s Pecorino truffle is made with pasteurized sheep’s milk and truffle flakes. Ready after about 40 days of production it is marketed with an average seasoning. The flavor of the truffle is persistent and the scent is pleasing. Pienza’s Pecorino Staggionato can be eaten throughout the year. 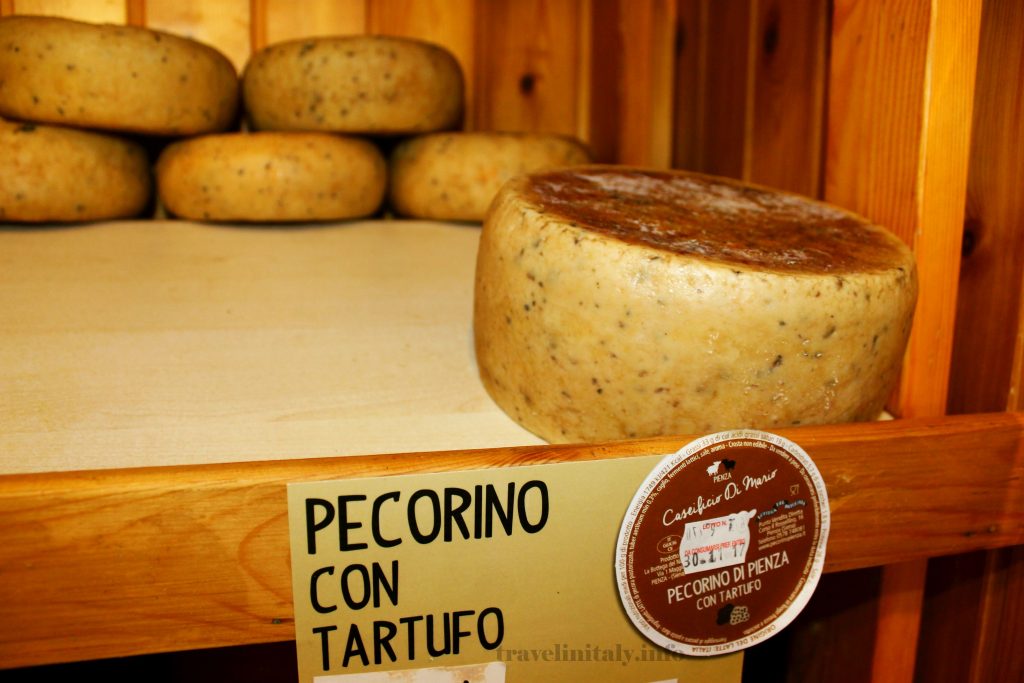 Pecorino with garlic and parsley

This is traditional pecorino with light taste of garlic and parsley 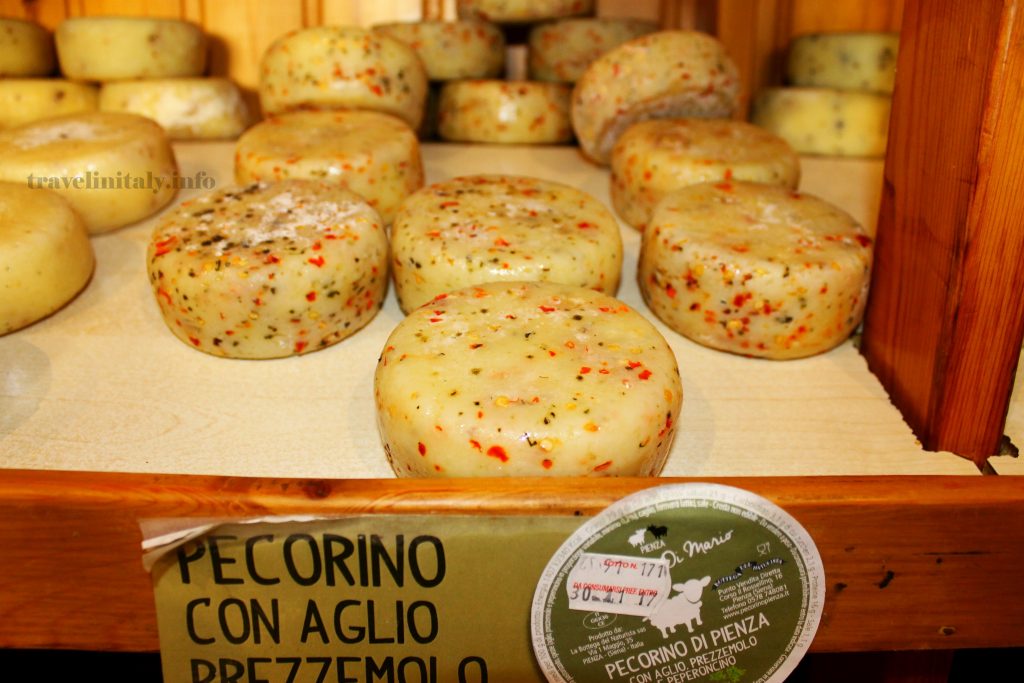 Pecorino with grape, which is ready for red wine

Pecorino of compact white pasta, refined in plant until just maturation and then placed under vinaccia to take its aroma and flavor. Part of the pomegranates are left over the crust, for decorative purposes. 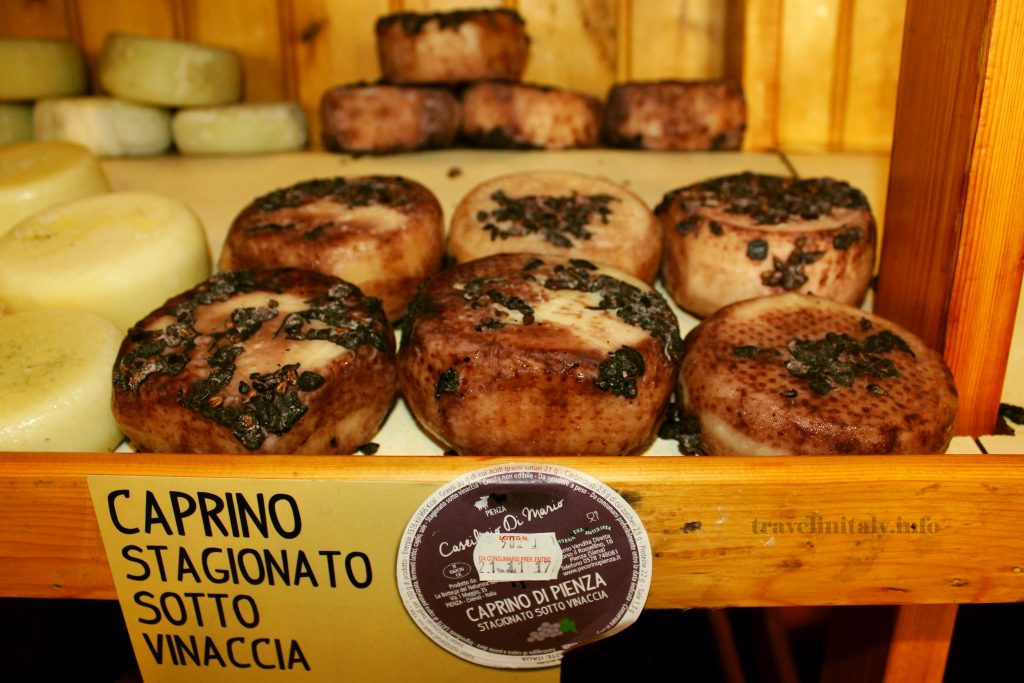 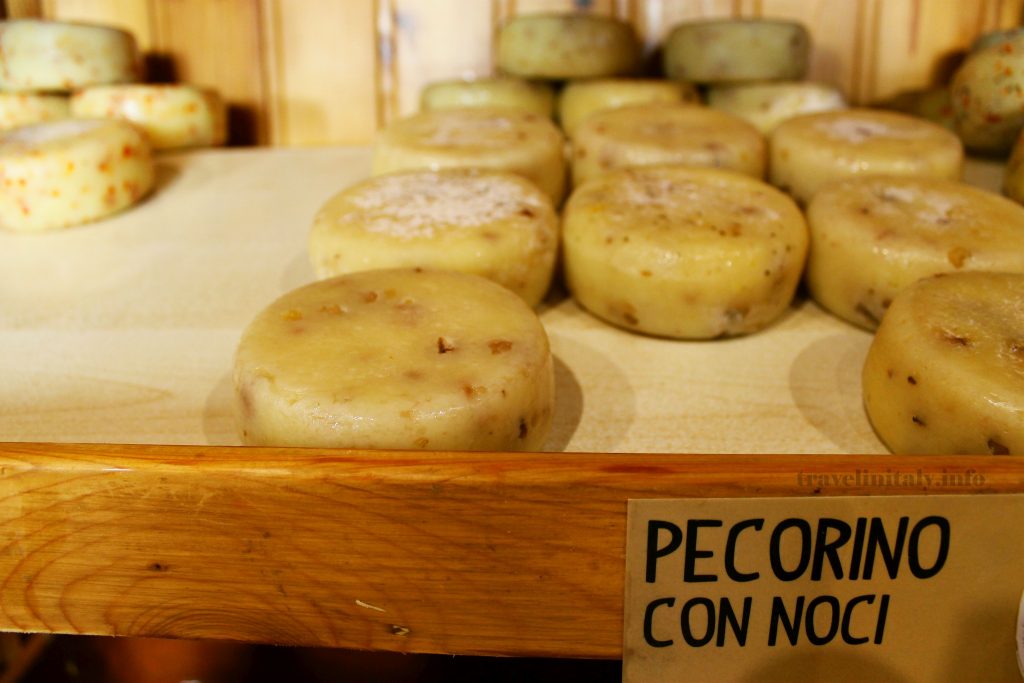 It combines the typical vegetable flavors of both sheep milk and vaccine with more spicy structures with time. 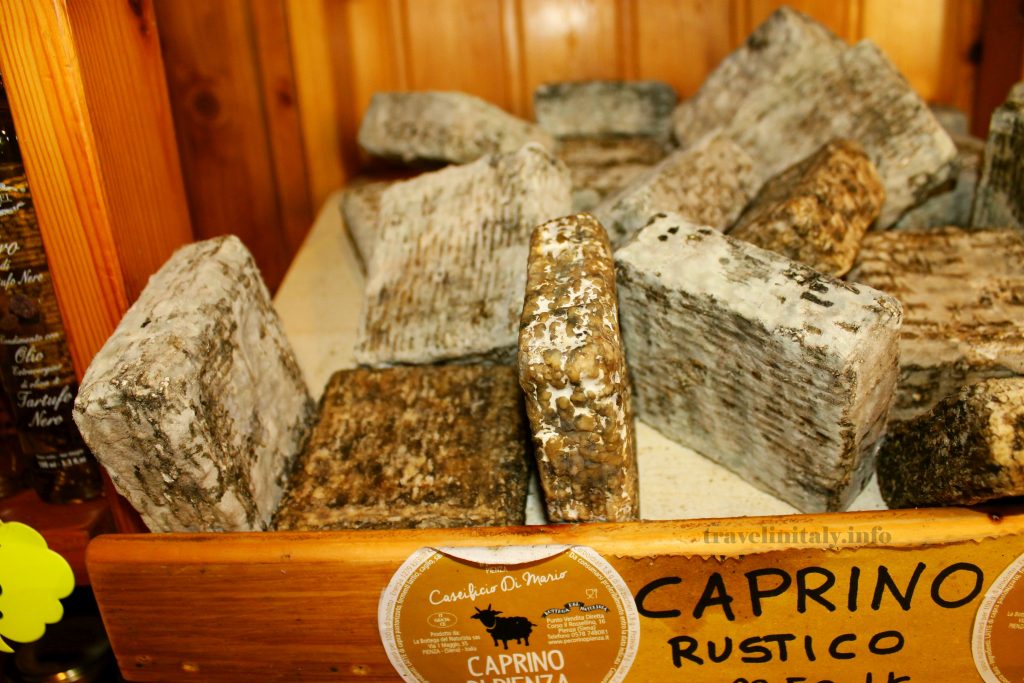 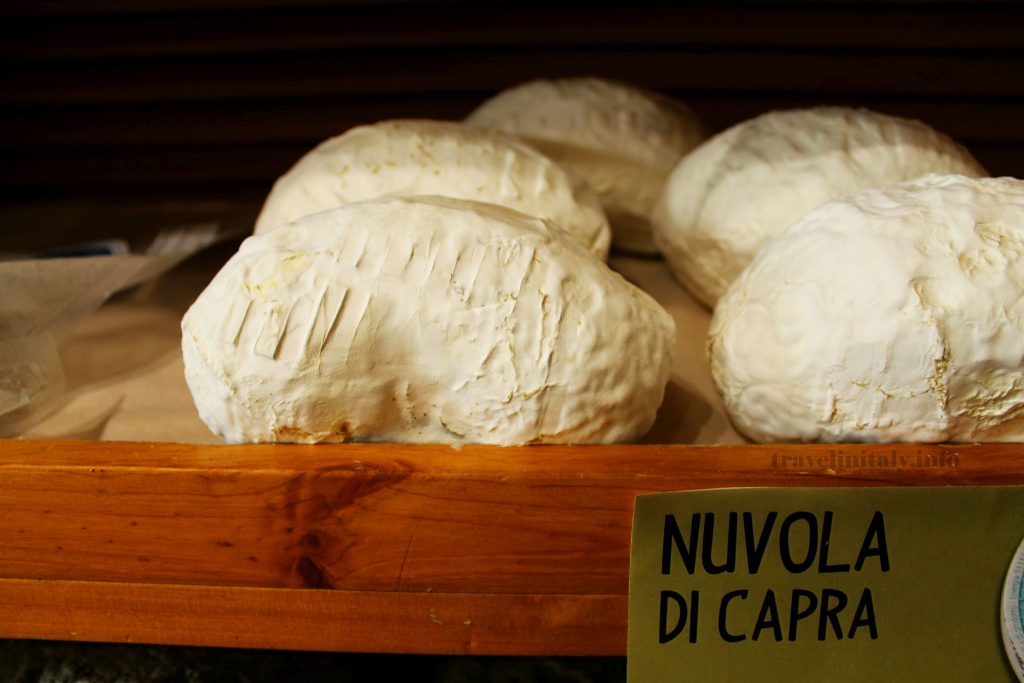 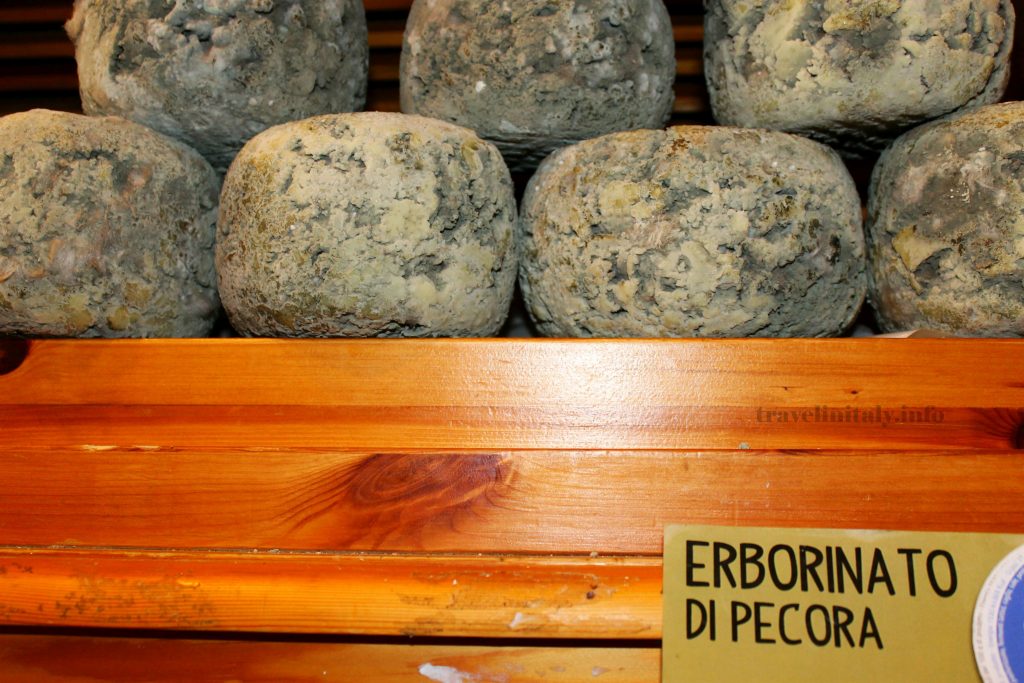 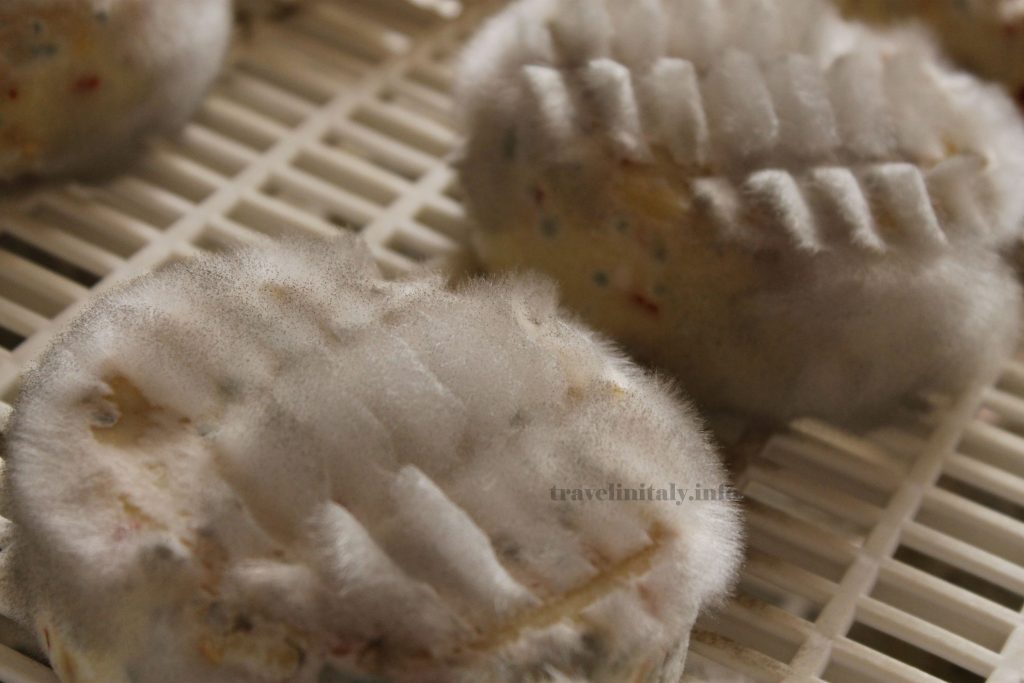 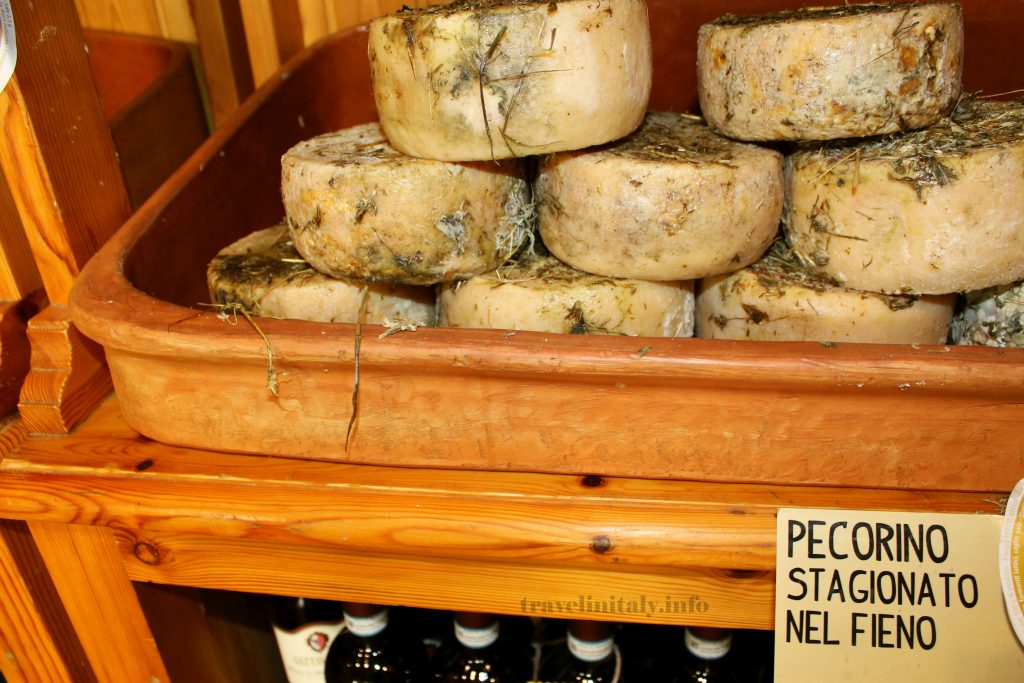 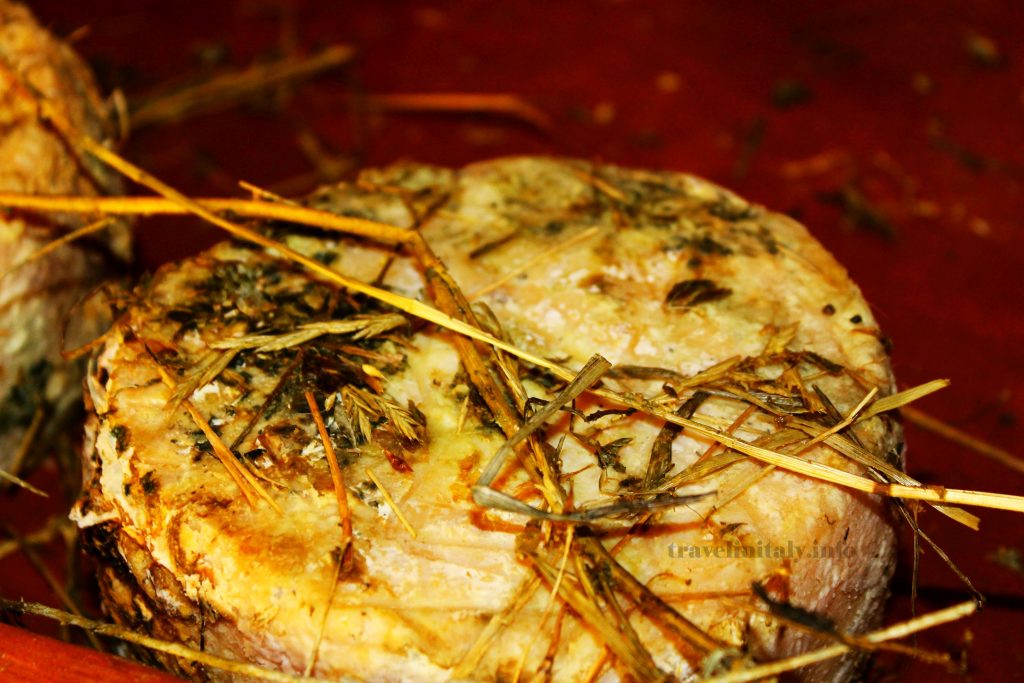 It is a cheese produced with sheep milk at a temperature of about 30/32 ° C. With this kind of transformation, you get a slightly pungent white pasta with a dry and delicate flavor. The seasoning fluctuates around 60/70 days.

So which one is your favourite? The best place to taste them is Pienza, Tuscany. We have very beautiful accommodation near Pienza, typical for that area, where you can try pecorino from local farmers. Don’t miss that opportunity!