The Palio is the most important event in Siena, taking place on July 2 and August 16 every year.

In the Palio the various Sienese “contrade”, or areas in which the city is divided, challenge in other in a passionate horse race in the heart of the city in the Piazza del Campo

Originally, there were about fifty-nine “Contrade”; now only seventeen remain, ten of which take part in the historical pageant and in the race at each Palio (seven by right and three drawn by lots).

Each Contrada has its own unique emblem and colors and represents an area of the city. As one walks through the streets of Siena it is easy to know in which Contrada you currently are in by observing the flags and emblems displayed along the street. 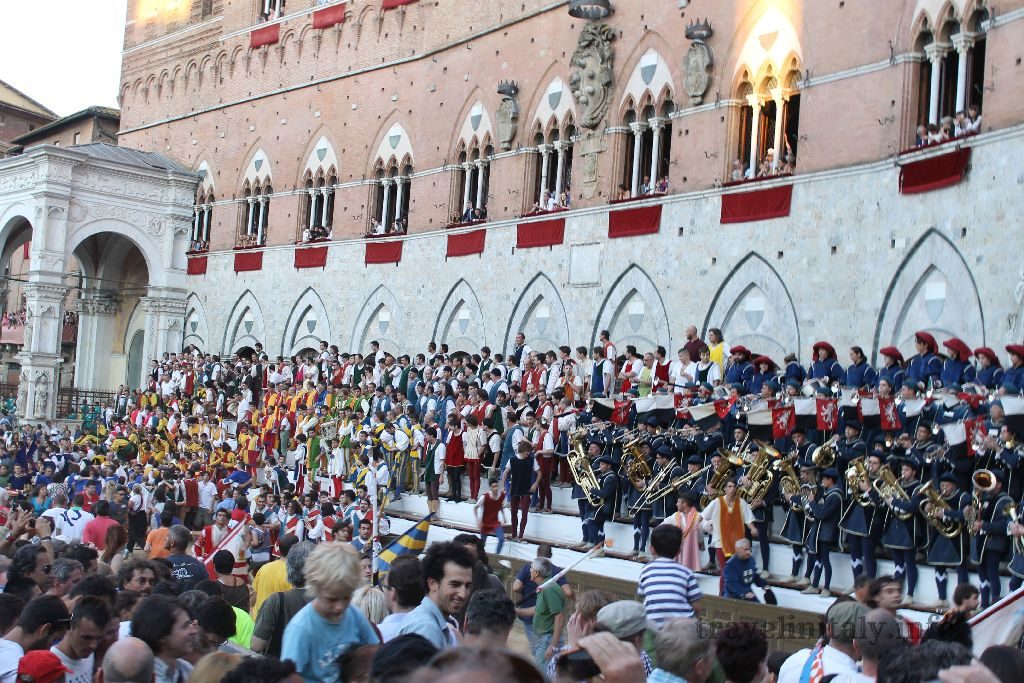 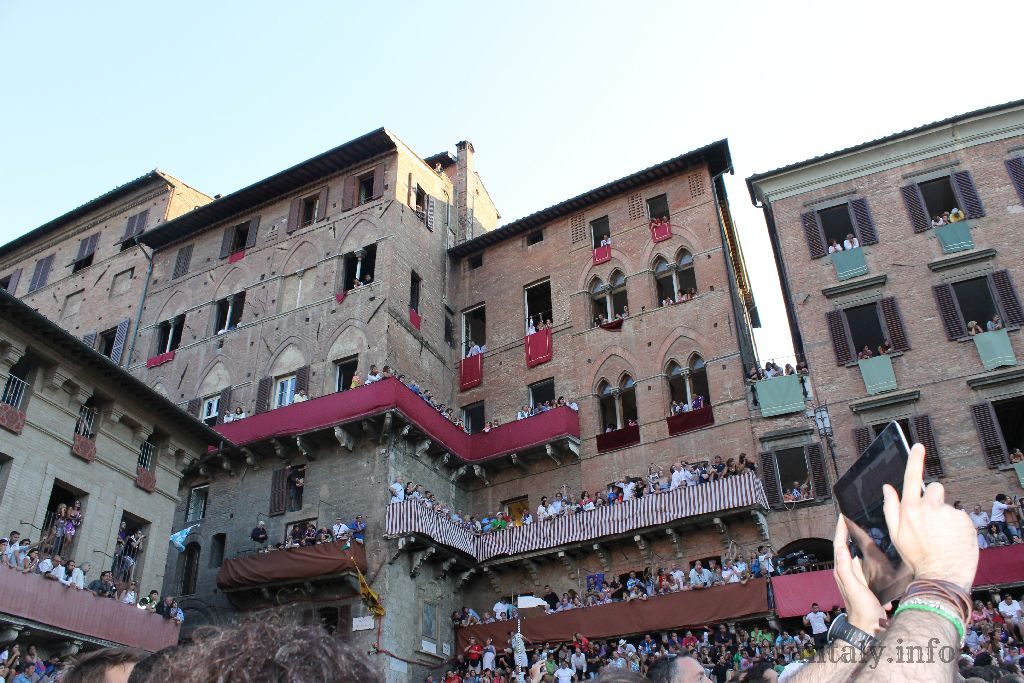 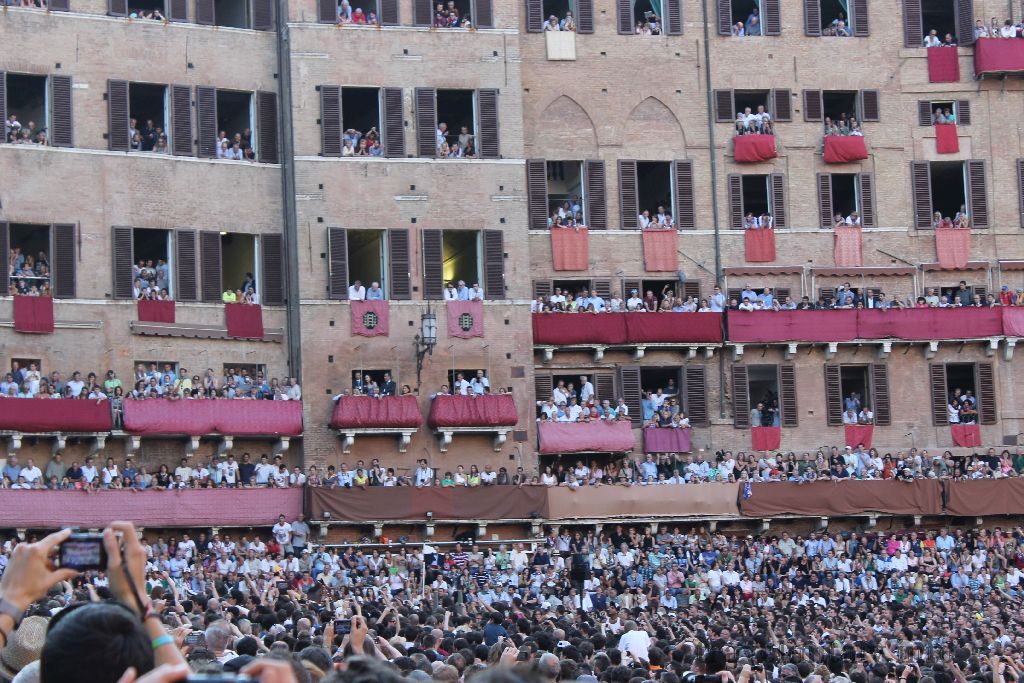 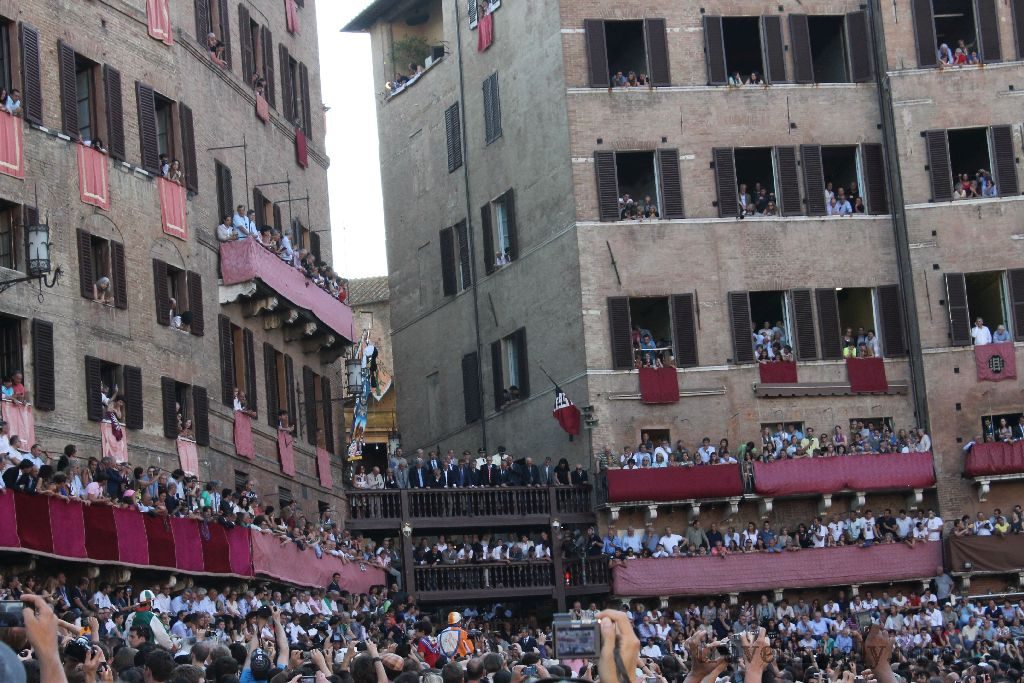 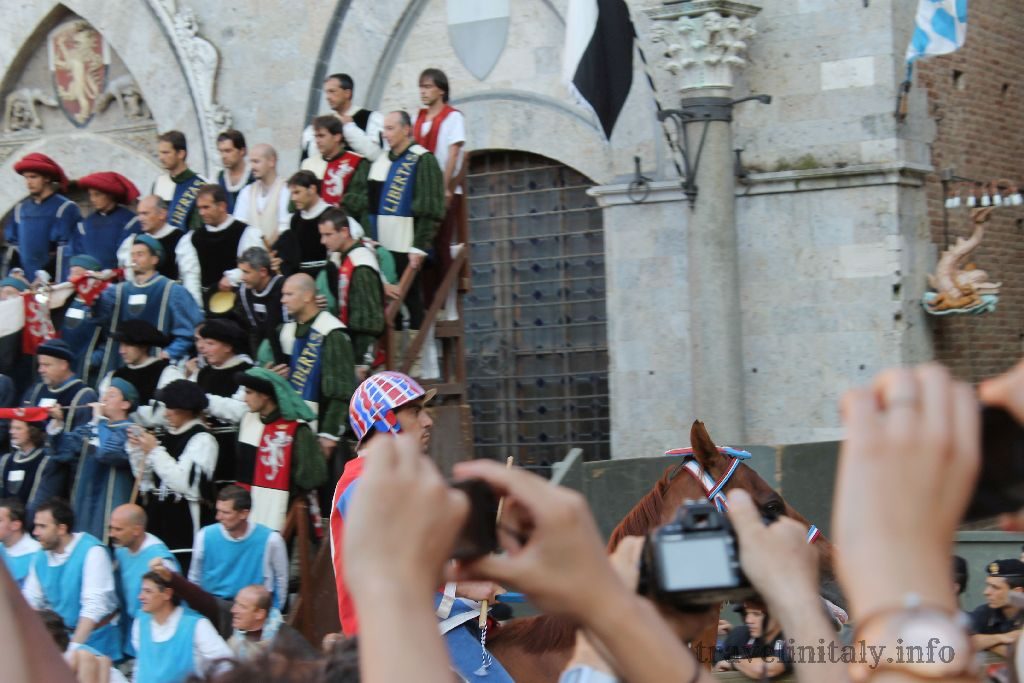 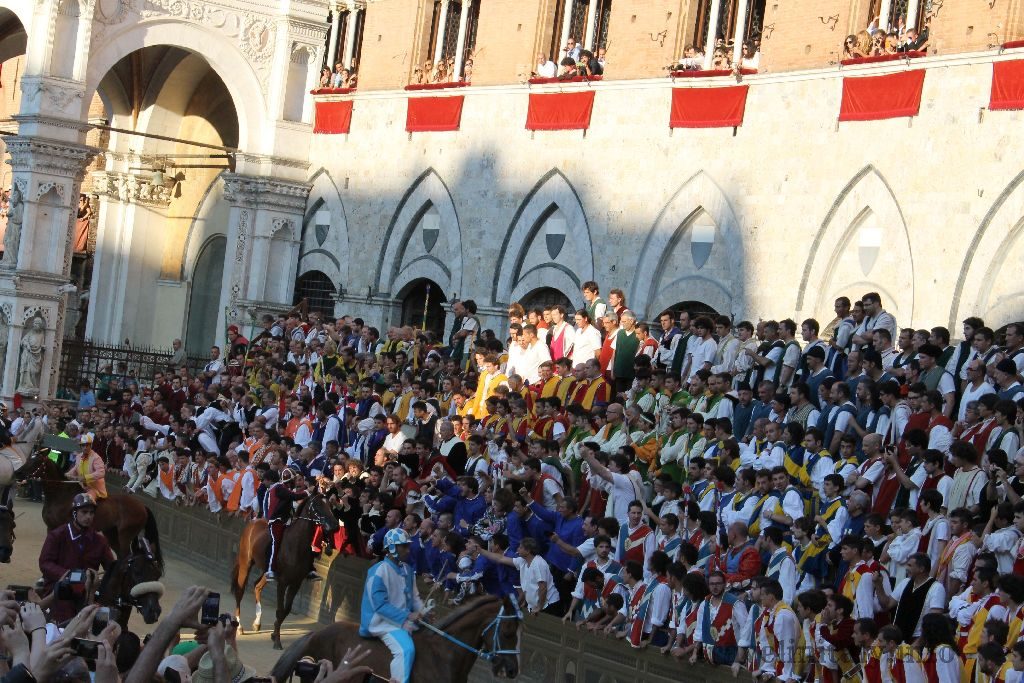 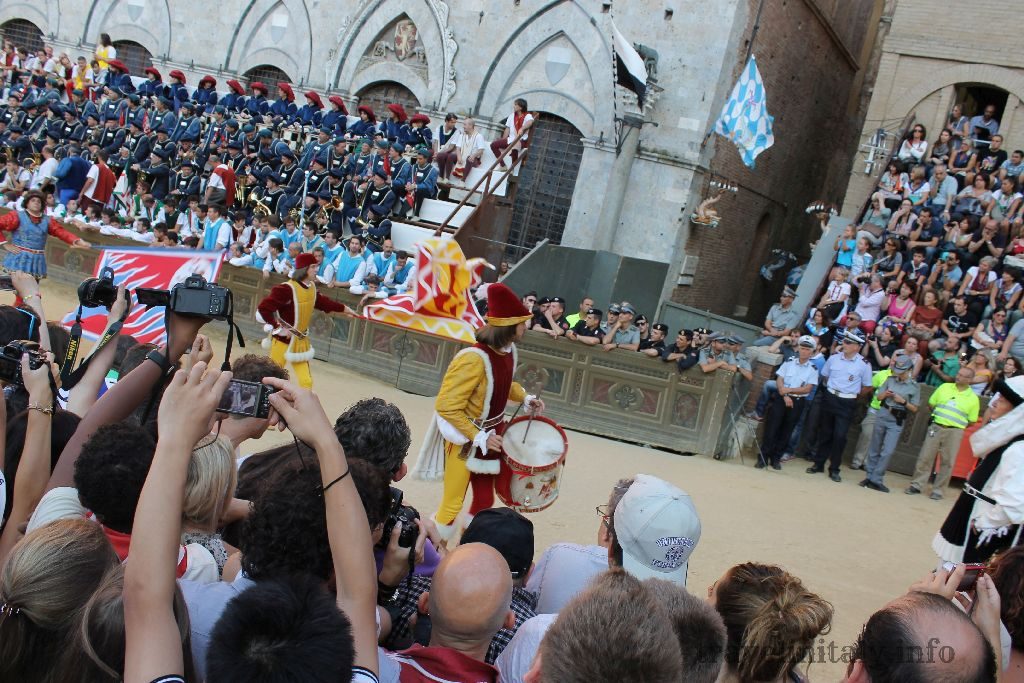 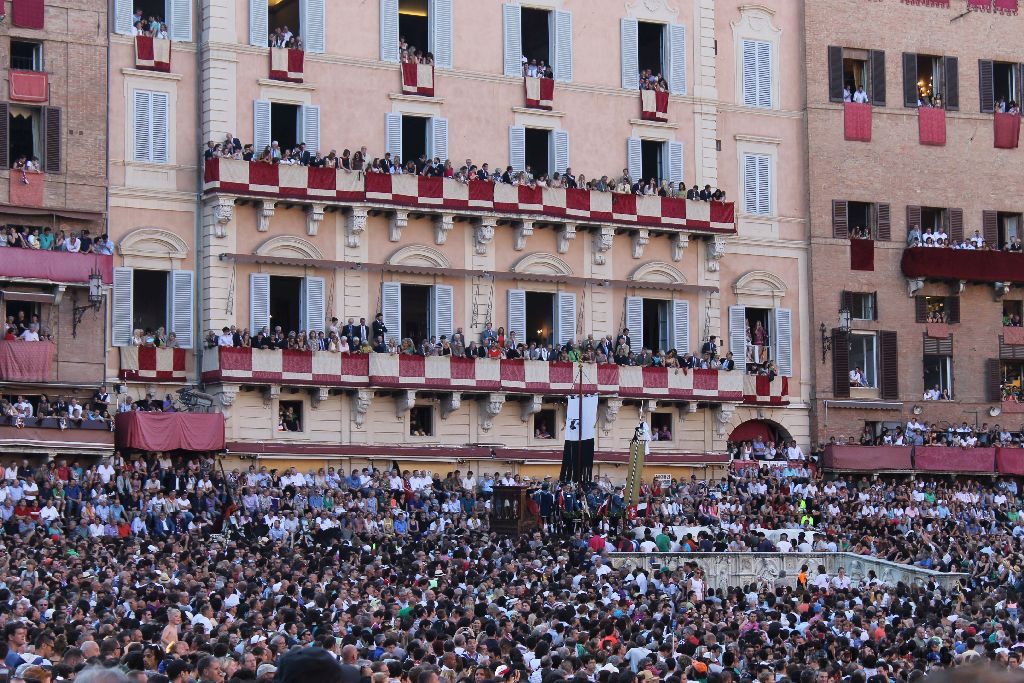 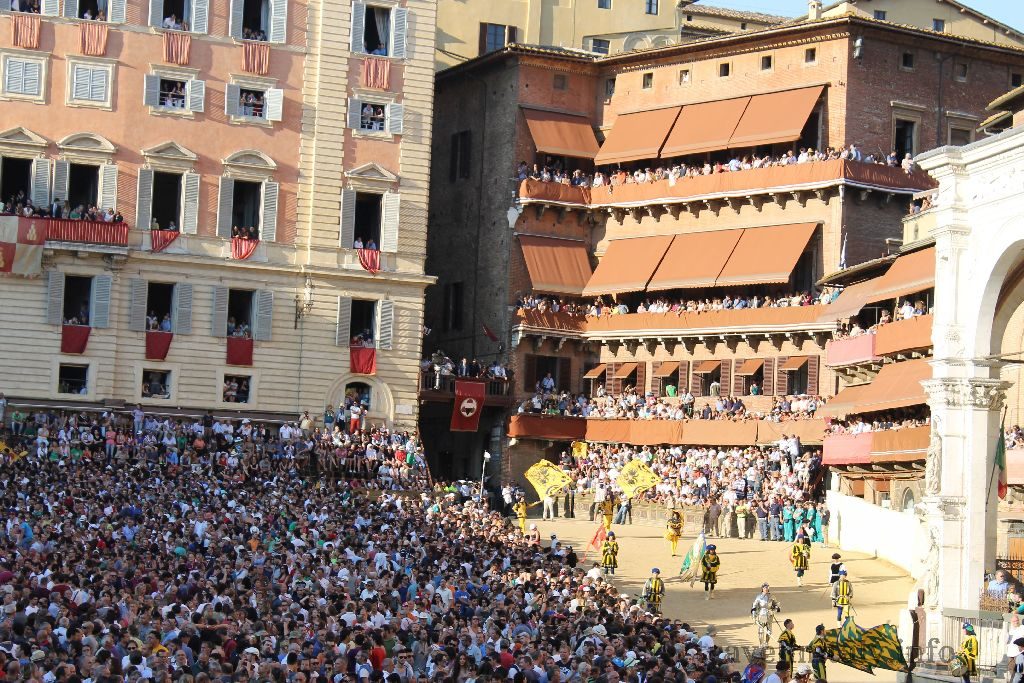 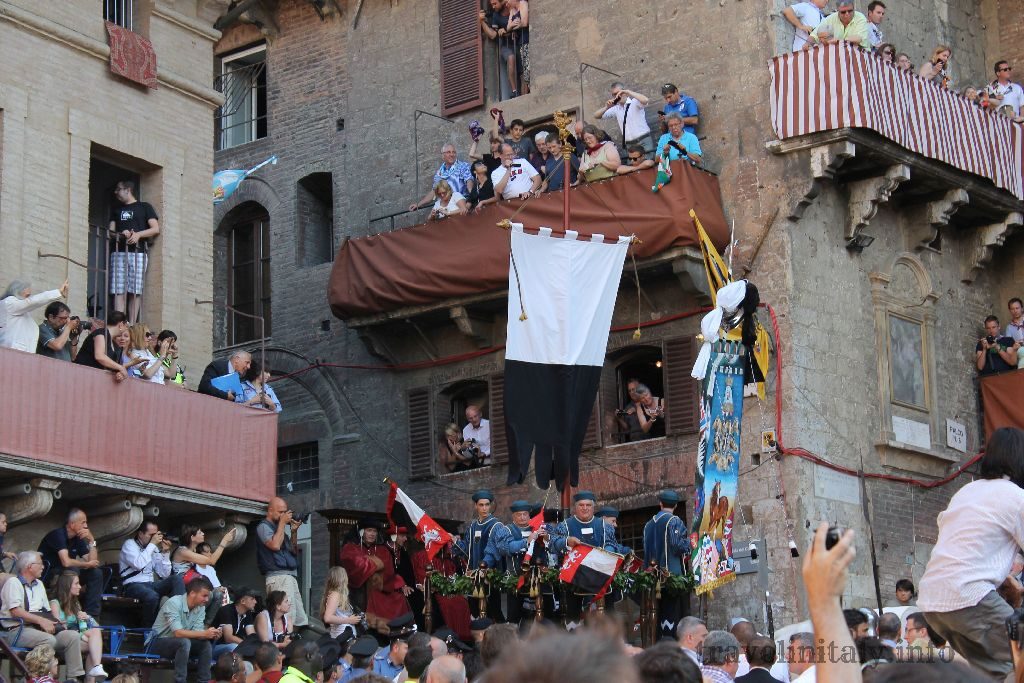 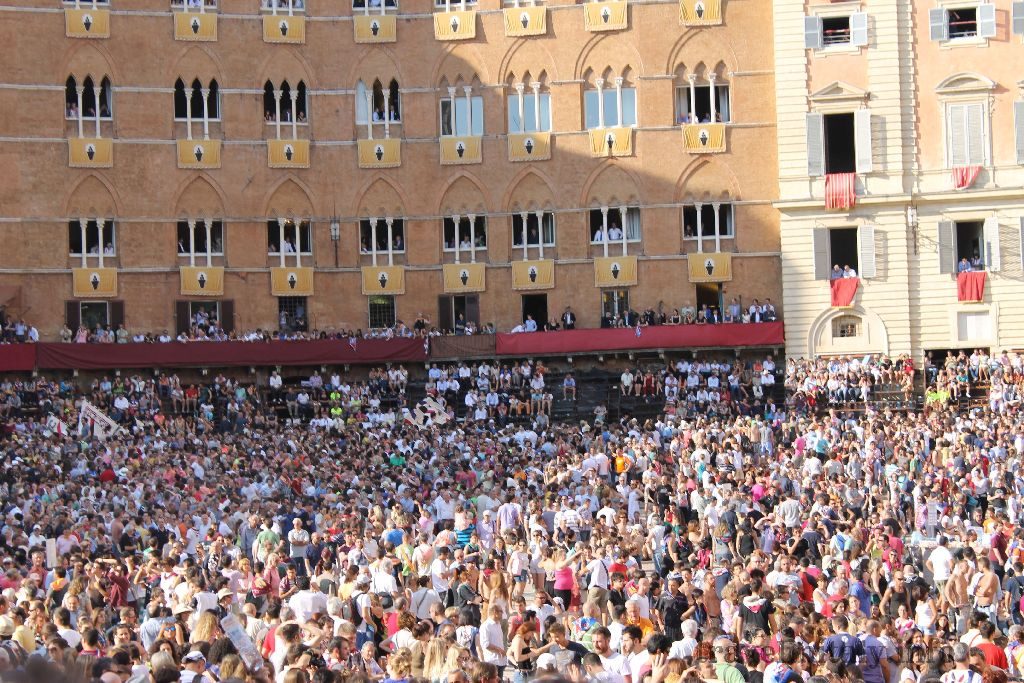 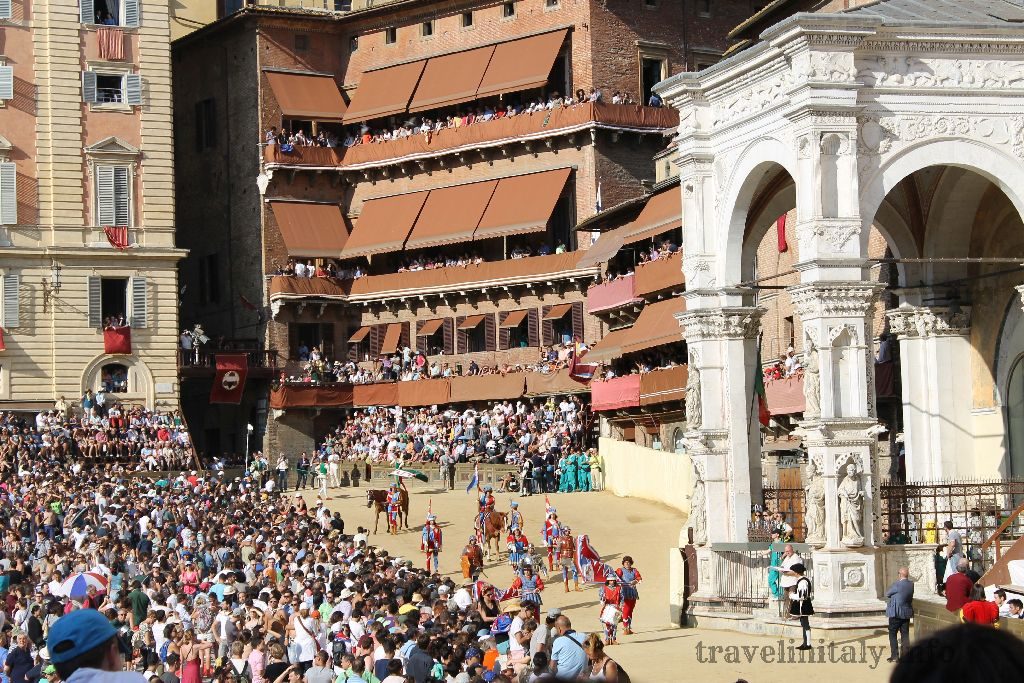 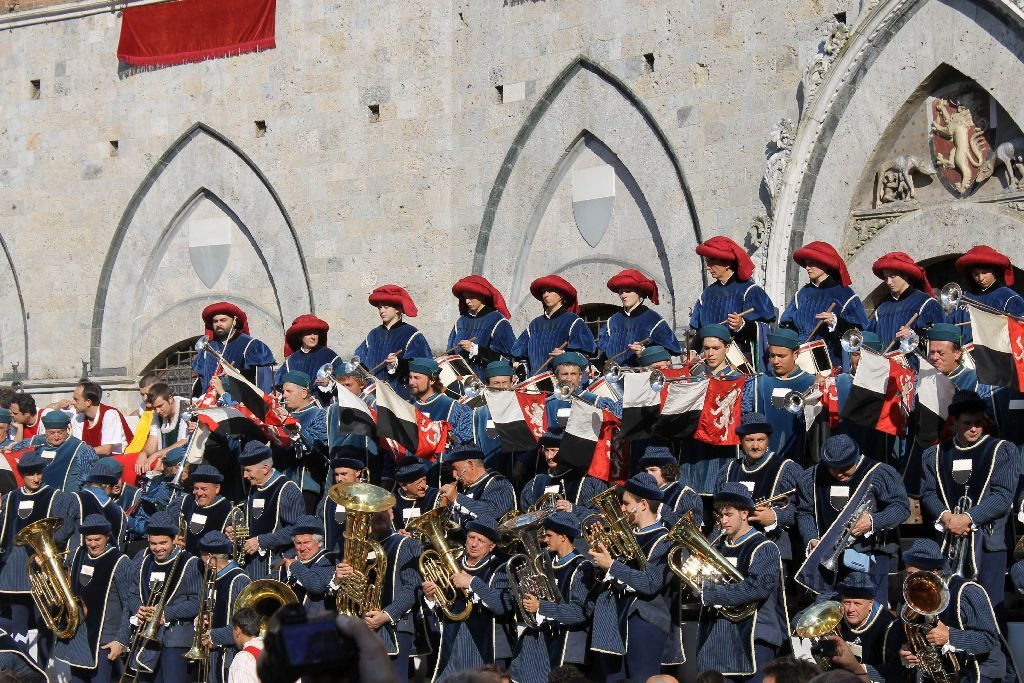 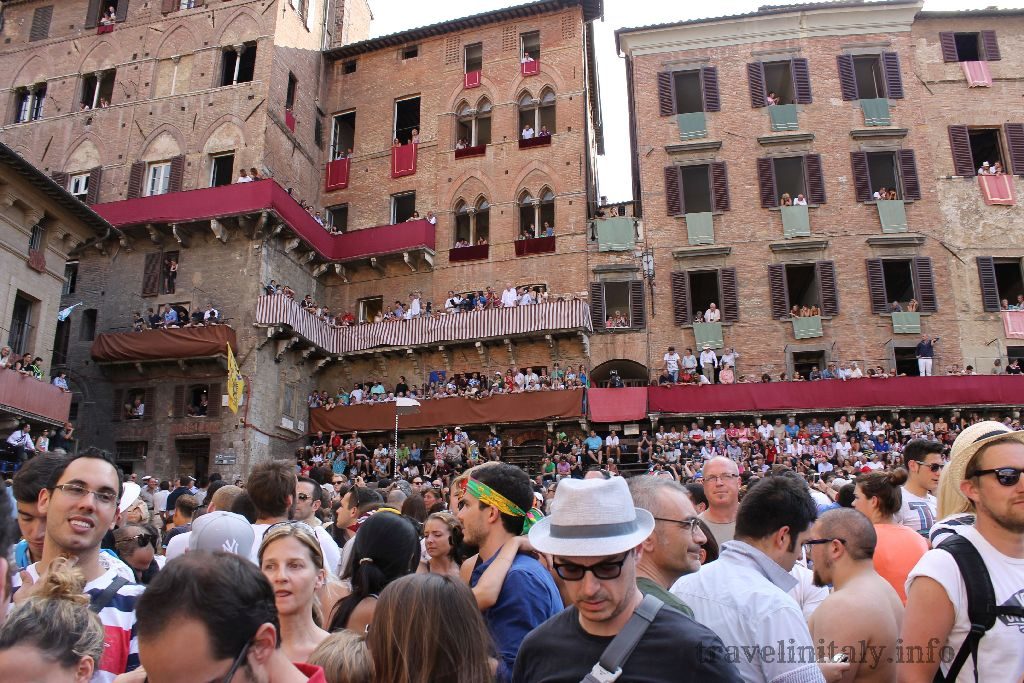 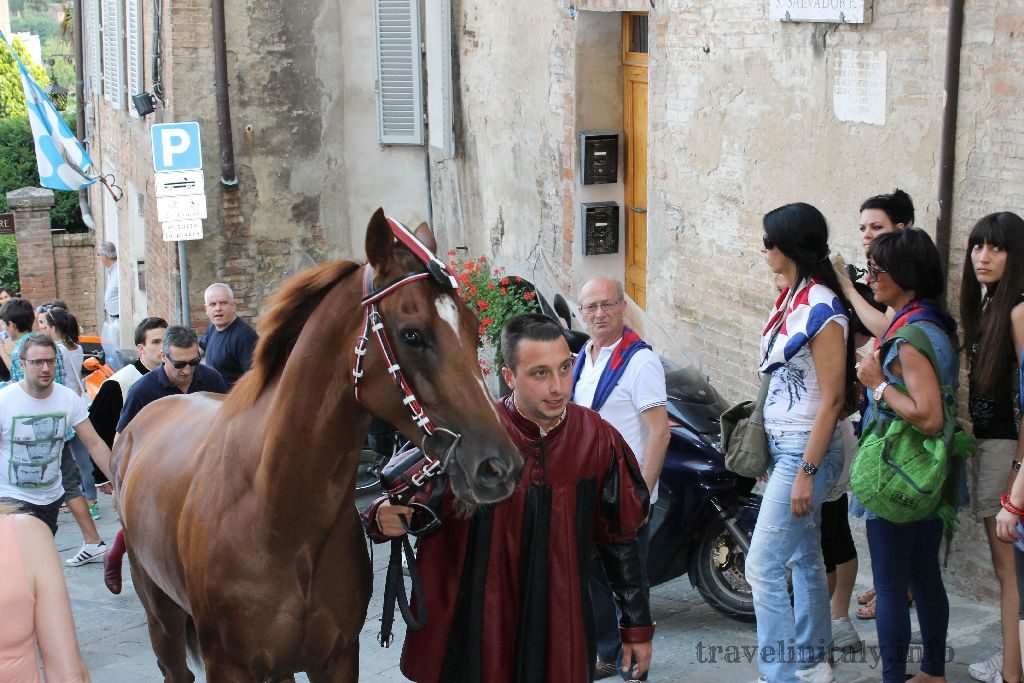 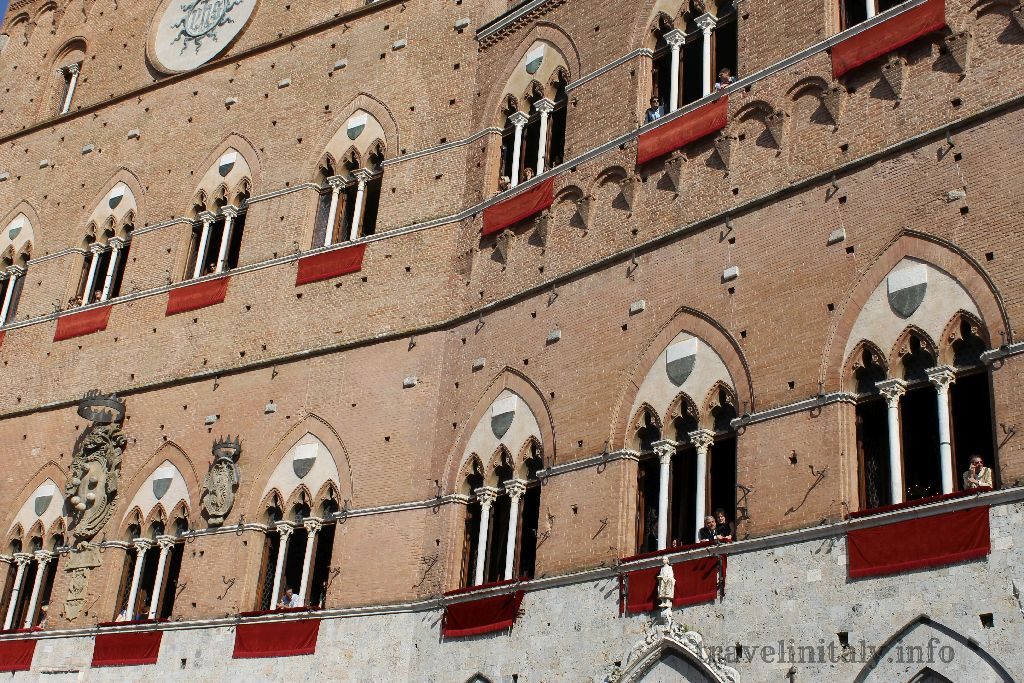 On the day of the Palio race the city is in full turmoil and the entire day is dedicated to the event.

Around 8 a.m., in the chapel next to the Palazzo Comunale, the Bishop celebrates the “Messa del fantino” or mass for the horse jockeys. Shortly after the mass the last trial takes place in Piazza del Campo, the one called “provaccia”.

At 10.30 a.m. within the Palazzo Comunale and in the presence of the mayor, the “segnatura dei fantini” takes place. The name of the jockeys are confirmed and cannot be substituted from that point on.

At around 3 p.m. each Contrada performs a blessing ceremony of its horse and afterwards joins in the large parade in historical costume, with over 600 participants, that winds through the city. The parade arrives around 5 p.m. at the Piazza del Campo, and ends by around 6.30-7 p.m. Shortly thereafter the explosion of a firecracker signals the entrance of the horses into the piazza. As the jockeys come out, each one receives a whip made out of ox sinew which they can use to prod their horse or to irrate the other opponents in the race.